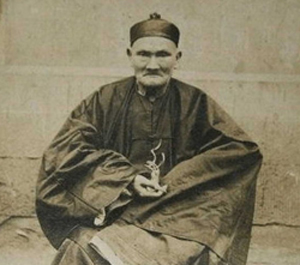 Some Believe That The Human Body Is Designed To Last Forever

Folks in the Old Testament lived for many hundreds of years. More recently, one Chinese herbalist, Li Ching-Yuen, supposedly lived to be over 256 years old, not only surviving that long, but maintaining stamina and virility. He supposedly produced over 200 descendants during his life, surviving 23 wives.

The leaves and seeds of fo-ti contain a compound, called Vitamin X, studied in France for its marked energizing and rejuvenating effects on nerves, the brain, and endocrine glands.

Notwithstanding this, there are indications that Li Ching-Yuen may not have been that unique. Our bodies are a colony of ever-renewing cells. Twenty-seven trillion cells. None of which are more than a few years old.

In fact, every day we break down and rebuild about two hundred and fifty grams of proteinaceous material, or about a half pound. At this rate, we would renew completely about once per year. Actually, some cells replace more often, while some last a quite a bit longer.

If None Of Our Cells Get Old, Why Do We?

There are many theories. The free radical theory blames freakish molecules lacking electrons that attack our structures, wreaking havoc. Some studies indicate that the average cell in our bodies actually suffers one million oxidative “hits” per minute, which must be repaired by our anabolic enzymes.

This would be akin to traveling in a space ship through a continuous meteor shower that damaged the ship a million times per minute, with repair crews working incessantly around the clock, fixing, fixing, fixing. Sounds very busy.

One theory is about how we run out of enzymes to provide our metabolic functions and so fall behind on this critical repair work, and slowly deteriorate. The main reason for enzyme depletion is the consumption of cooked and processed foods. Enzymes die if exposed to temperatures above 110 degrees Fahrenheit.

As we get older, our bodies can’t keep up with this imposed deficit, with a resulting decline in metabolic function, digestive function and immune competence.

In Doctor Edward Howell’s definitive work on the subject, Enzyme Nutrition, based on forty years of research, he compares cultures who eat a diet of predominantly cooked foods with those who eat mostly raw foods. His arguments are worth considering.

Some Think Stress Is To Blame For Our Early Demise

Stress is actually a blanket term for many destructive mechanisms. Emotional stress can be positive (bungy jumping or a day at the races) or negative (in one study most men admitted they would rather be mugged than audited by the IRS).

The water we drink is getting more and more polluted. Our food is grown in depleted soils, and loaded with toxic chemicals and transfatty acids. Animal products contain concentrated amounts of toxins, sticky saturated fats and cholesterol. We often heat things in microwave ovens that alter their vibrational nature, and ours.

We’re burning holes in our atmosphere’s protective layers, exposing us to deadly radiation. Forget about the quality of the air we breathe. The question, in this modern age, is not so much how we can live longer. More to the point, in the midst of such self-imposed destructiveness, is how we survive at all.