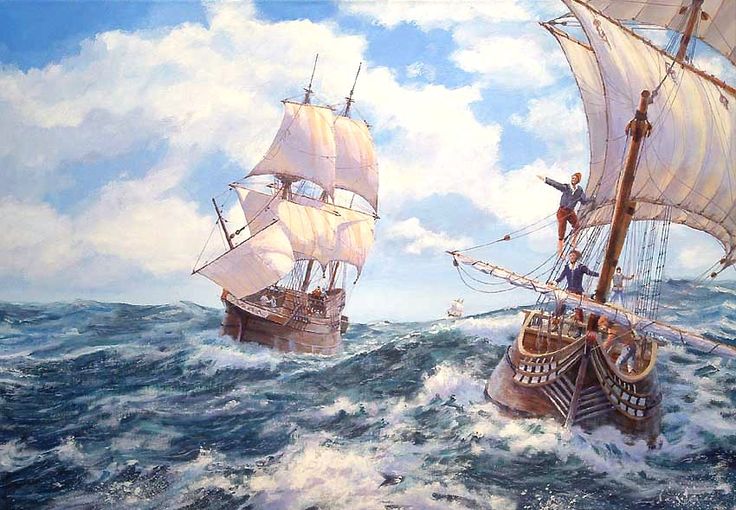 There aren’t many of us that can claim San Diego as our native home. We have come from everywhere on the planet to create the melting pot population we find here. Our plant population is also a mix of natives and plants brought by settlers from their native homes.

Voyage to the New World

When pilgrims came to the New World, they had to decide what to bring, and what to leave behind. Along with their belongings, they carefully packed their favorite plants. These they nurtured on the arduous crossing of the Atlantic in tiny wooden ships.

The more adventurous of these settlers continued across the great continent of America in wooden wagons, again carrying with them their precious plants, finally finding their way to our Pacific shores.

What is most remarkable is that many of these plants, once highly regarded, are now very poorly known and little understood. Many are now considered weeds and are poisoned, chopped back or dug out. One example of such a pilgrim plant is fennel, Foeniculum vulgare.

Fennel is a tall, hardy perennial herb having umbrella-like yellow flower clusters and aromatic feathery leaves. It is indigenous to the shores of the Mediterranean, whence it spreads eastward to India. It has followed civilization, especially where Italians have colonized, and may be found growing wild in many parts of the world, upon dry soils near the seacoast and upon riverbanks.

For the medicinal use of its fruits, commonly called seeds, and the succulent edible bulb and shoots, fennel has been cultivated in many parts of the world since ancient times.

Fennel as a Protector Plant

Fennel is said to be a protective plant, energetically guarding the home and helping to ground the human energy field (aura). In medieval times, fennel was employed, together with St. John’s wort and other herbs, as a preventative of witchcraft and other evil influences, being hung over doors on Midsummer’s Eve, June 24, to warn off evil spirits.

Cancer Prevention: Fennel seed extract has been extensively studied in regards to cancer protection, and the findings are quite impressive. It shows that the extract can inhibit the growth of tumors. It can also be somewhat chemo-protective against the harmful effects of radiation during cancer treatment.

Brain Function: Potassium, found in high levels in fennel bulbs and seeds, is an electrolyte, which facilitates increased electrical conduction, including connections within the brain, improving brain function and cognitive abilities. Fennel is also a vasodilator, allowing more oxygen and glucose to reach the brain so neural activity can function optimally.

Eye Care: Many olde herbalists uphold the eye-strengthening power of fennel. Romans believed that serpents sucked the juice to improve eyesight. Longfellow wrote about this belief, “Above the lower plants it towers, the Fennel with its yellow flowers, and in an earlier age of ours, was gifted with the wondrous powers, lost vision to restore.” An infusion of the seeds is still employed in modern eye washes.

Weight Control: The Greek name for fennel is marathon, derived from a verb meaning “to grow thin”. In 1650, William Coles wrote in Natures Paradise, that fennel seeds, leaves and roots were used in drinks to help people lose weight. This may be due to the diuretic properties of the herb.

Digestive Aid: Some of the components of the essential oils in fennel stimulate secretion of digestive and gastric juices, while reducing inflammation of the stomach and intestines, and facilitating proper absorption of nutrients. It is also widely employed as a carminative, to warm the gut, thereby relieving gas and cramping. It has been an old folk custom to chew the seeds during church sermons to quiet gastric rumbles.

It is not uncommon to find a bowl of fennel seeds on a counter as you leave an Indian restaurant to facilitate digestion, eliminate bad breath and mitigate the gas and cramping you might otherwise experience from your meal there. It is excellent for colic in babies.

Breast Enlargement: The flavonoids found in fennel seeds stimulate the amount of secreted estrogen and can help increase the size of the breasts as they increase the formation of new cells and tissues in the breast. The seeds also stimulate milk production in nursing mothers.

A strong infusion of fennel seed combined with honey, clay or yogurt makes a facial mask that is soothing, toning and wrinkle-removing.

As a food, it is widely used alone or as a flavoring agent. The entire plant may be eaten, although normally only the bulbous root is sold in produce departments of local natural food stores.

The oil in fennel contains a substance known as anisole, also present in anise. This is the official flavor we know as licorice and is added to candies, pastries and beverages. And although fennel does not have the hallucinogenic properties of wormwood, Artemisia absinthium, attributed to the presence of Thujone, it is one of the main flavoring agents in absinthe.

It’s not surprising that early settlers took so much trouble to bring it here. What is more of a mystery is how we could, as a culture, lose this information and the alliance of such a marvelous herb.