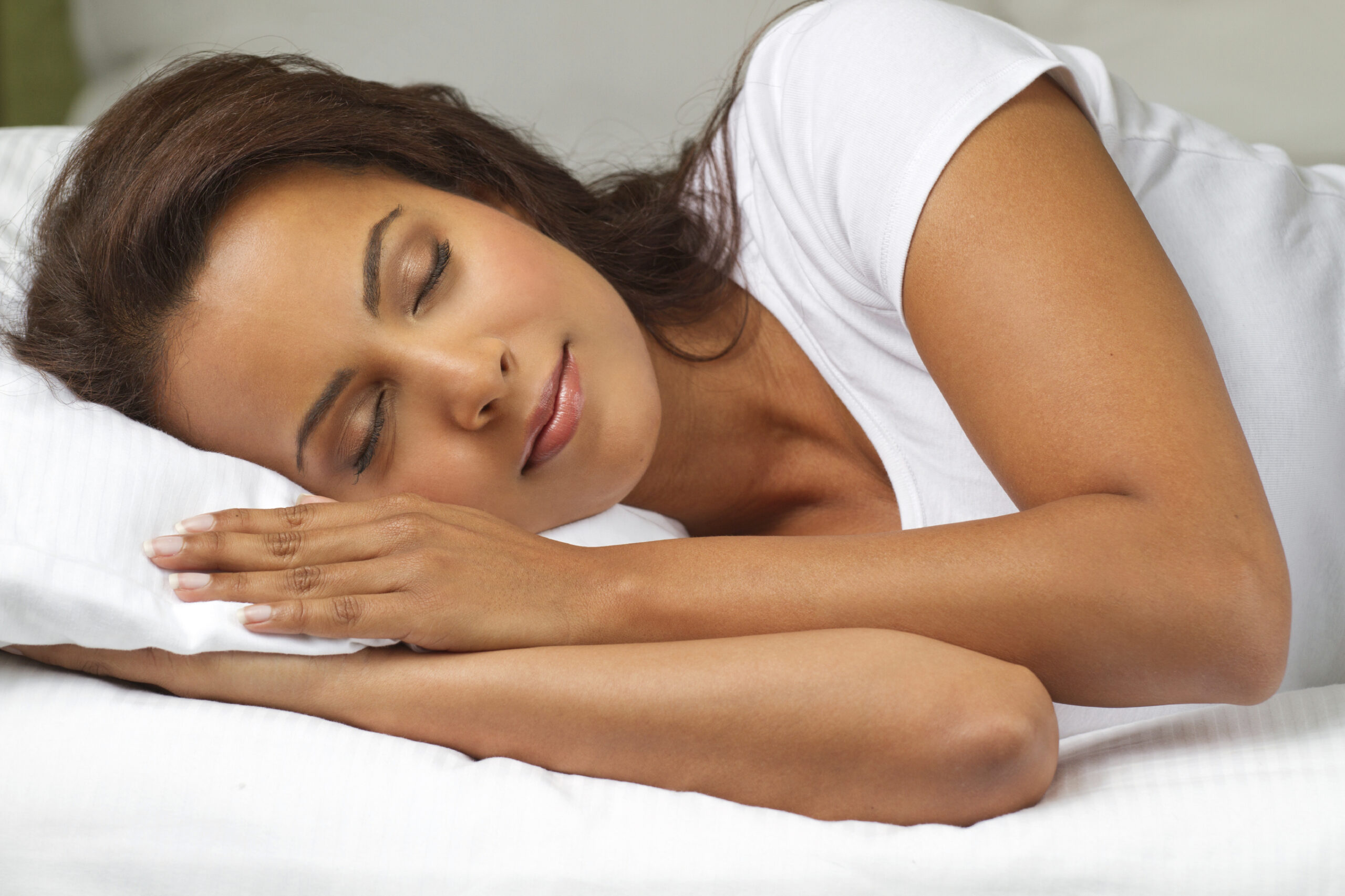 Over the past thirty years I have been making an herbal combination that can help deal with stress and emotional challenges during the day, while supporting restful sleep at night.

While many folks take similar combinations in tea or capsules, I prefer to make tinctures for the following reasons:

Valerian is a member of the honeysuckle family. The root is a nervine, muscle relaxer and sedative. It has been used to ease insomnia, anxiety, and nervous restlessness since the second century A.D. Valerian became popular in Europe in the 17th century. Germany’s Commission E approved it as an effective mild sedative and the FDA listed it as “Generally Recognized As Safe” (GRAS).

Studies show that valerian reduces the time it takes to fall asleep and improves the quality of sleep itself. It’s also a muscle relaxer used for muscle and joint pain. Some women use valerian for menstrual cramps and symptoms associated with menopause, including hot flashes and anxiety.

Scientists believe valerian increases the amount of a chemical called gamma aminobutyric acid (GABA) in the brain. GABA helps regulate nerve cells and has a calming effect on anxiety. Benzodiazepines such as alprazolam (Xanax) and diazepam (Valium) also work by increasing the amount of GABA in the brain but, unlike valerian, they are habit forming and have a long list of serious side-effects.

Although studies have shown that valerian can actually reduce motor reaction times, it can make you drowsy, so you may consider avoiding driving or operating dangerous machinery after taking moderate doses.

Here is a recently published comprehensive review of the scientific research into valerian root supplements by Michele Berman M.D.

People have used chamomile to induce sleep for thousands of years. Studies seem to back up its calming effect. One Japanese study of rats found that chamomile extract helped the rats fall to sleep just as quickly as rats that got a dose of benzodiazepine. The FDA considers chamomile tea to be safe with usually no side effects.

Use chamomile cautiously if you are allergic to ragweed (the plants are related).

Native people of North, Central (Aztecs), and South America have been using sleep aid herbs for centuries. They were quite familiar with the sedative and anti-anxiety properties of passionflower.

Modern research has confirmed it.

In a 2008 study conducted by researchers from the University of Johannesburg, the sedative effect of passion flower was investigated in 30 adult participants.

The researchers measured the effect of passion flower on the duration of sleep, satisfaction with sleep and how refreshed the participants reported they were after they awoke. The results of the study showed that passion flower improved the length and quality of sleep.

A 2011 study published in the journal, Phytotherapy Research, also found that passion flower improved the quality of sleep.

The parts of the plant used in preparing the herb include all of its aerial parts including the leaves, flowers and stems. Once dried, the leaves can also be smoked or vaporized.

The combination of alkaloids, amino acids and flavonoids makes passion flower a potent herbal remedy for relieving anxiety and muscle spasms, and also for improving the quality of sleep.

The bioactive phytochemicals in passion flower include a group of alkaloids such as harman, harmaline and harmine. These alkaloids are partly responsible for the antidepressant and soporific (sleep-inducing) effects of passion flower. They act by inhibition a central nervous system enzyme known as monoamine oxidase.

Passion flower also exerts its calming effect by increasing the release of a particular neurotransmitter in the brain. Basically, some of the active phytochemicals in passion flower promote the release of GABA, a neurotransmitter which lowers neuronal activity in certain brain cells. This action has a quieting effect in the central nervous system and it reduces anxiety and relieves insomnia.

Outside the central nervous system, GABA is also responsible for regulating muscle tone. Therefore, increased secretion of GABA can also help relax the muscles. This calming effect on the muscles is the reason why passion flower is used in the treatment of seizures, epilepsy and sleeplessness caused by muscle tension.

New studies indicate that the amino acids in the herb may also be responsible for raising GABA levels in the body. Specifically, the amino acid, alanine, is linked to GABA. Beta alanine is an intermediate in the synthesis of GABA in the brain. Therefore, alanine from passion flower can be used to produce more GABA.

Besides directly increasing the levels of GABA in the central nervous system, passion flower can also enhance its activity.
In a 1992 study published in the Journal of Ethnopharmacology, researchers demonstrated that chrysin, one of the flavonoids in passion flower, acts like a benzodiazepine in the brain. Since benzodiazepines enhance GABA activity at GABA-A receptors, chrysin may also increase the activity of GABA at these receptors.

These herbs are classified as nervines which means they contain therapeutic amounts of minerals that act as electrolytes, supporting smooth flow (quieting nerve fire) and promoting calmness and sleep.

Peppermint is a smooth muscle relaxer that, together with Chamomile, acts to relax the smooth muscles of the stomach. If we have stomach upset or tension keeping us awake, this combination very effectively relaxes the “knot” at our center and helps us relax and sleep. Peppermint also goes a long way to mitigate the strong taste of valerian and chamomile.

In a previous newsletter, I espoused the virtues of milk thistle in protecting the liver from the effects of alcohol and other toxins. Since I sometimes imbibe several shots of this tonic at a time, I feel inclined to take care of this vital organ.

How I make my sleep/relax tonic (I call it Nervade):

This produces a tincture of 41% alcohol (available at Self-Heal School) that will relax you and help you sleep like a baby.

It is estimated that 50-70 million US adults have a sleep or wakefulness disorder. Sleep supports healthy brain function and is vital to maintaining good health and well-being. Getting enough high quality sleep at the right times supports mental and physical health, the quality of your life, and your safety.

Sleep insufficiency is linked to motor vehicle crashes, industrial disasters, medical and other occupational errors. It is vital for us making decisions, solving problems, controlling our emotions and behavior, and coping with change.

Persons experiencing sleep insufficiency are more likely to suffer from chronic diseases such as hypertension, diabetes, depression, and obesity, as well as from cancer, increased mortality, and reduced quality of life and productivity.

How much sleep we need varies between individuals but generally changes as we age. The National Institutes of Health suggests that school-age children need at least 10 hours of sleep daily, teenagers need 9-10 hours, and adults need 7-8 hours. According to data from the National Health Interview Survey, nearly 30% of adults reported an average of six hours of sleep per day in 2005-2007. In 2009, only 31% of high school students reported getting at least eight hours of sleep on an average school night.

Early to bed, Early to Rise

Sleeping gives the body a chance to repair and recover. The physical recovery period is between 10 pm and 2 am. The psychological and nervous system recovery is between 2 and 6 am. People may wake up sore, tired, and not mentally alert if they’re continually going to bed late.

If an individual is habitually going to bed at 12 am, they are missing out on two hours of repair and restoration every night. This compounds over time, and may lead to many health problems. We all go to bed late occasionally, but to maintain your energy and health, try getting to sleep by no later than 10:30 or 11 pm most nights.

The following sleep hygiene tips can be used to improve sleep:

Hopefully, with the proprietary use of herbs and practicing good sleep hygiene you’ll sleep well and wake up refreshed, ready for an invigorated and productive day.

1 thought on “Are you sleeping?”