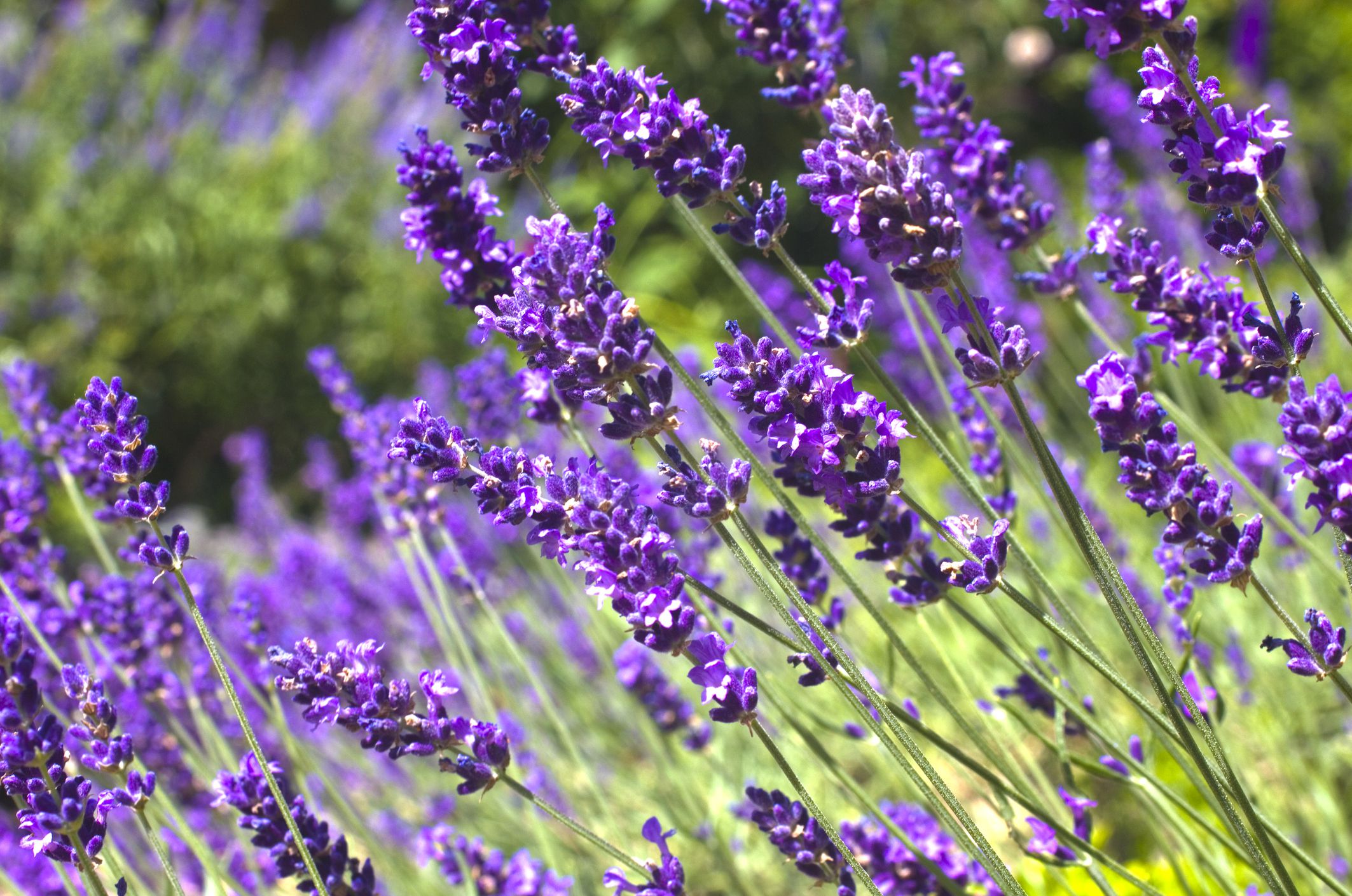 I love the longer and warmer days of Spring with abundant rain triggering a transformation within the heart of little seeds, spurring them on their life cycle as a cog in the great wheel of life.

We’ve discovered some of these green beings in our garden, dancing in Spring’s blustery moments.

One, particularly, seems to be waving at us, trying to get our attention.

The faint fragrance of Lavender somehow triggers remembrance at a very subtle level.

In this remembering is our spirit lifted

This is the signature of Lavender. Strong enough to wake us up. Gentle enough to guide us in the ways of gentleness. It’s a restorative and tonic against faintness.

We’ve seen the image of the Southern bell in a fainting state, waving her handkerchief before her face. The act would have little intrinsic value save for the application of Lavender essential oil to the handkerchief.

The lasses then were mostly fainting from too-tight corsets, but that’s another story.

The essential oil of Lavender is also quite wonderful for the outside of us. Its association with the planet closest to the sun, Mercury, may give insight to Lavender’s ability to heal burns.

In fact, its healing influence on burns was revealed when a French cosmetic chemist, Rene-Maurisse Gattefosse, suffered a third degree burn in a lab explosion.

In his extreme pain, he plunged his arm into what he thought to be a pot of water, but soon realized that it was Lavender essential oil. The oil relieved some of the pain and accelerated the healing.

He continued to apply the oil topically and experienced the absence of scaring.

I like to keep aloe vera gel with a bit of lavender essential in the refrigerator to apply to sunburn and bug bites.

Lavender essential oil has many other applications

It is an especially good ally to women. There is an old tradition of tying a bouquet of Lavender on each wrist during childbirth to give courage, support and strength to the mother to be.

My teacher and mentor, Rosemary Galdstar, writes in her book, Natural Healing for Women, “Today most women are introduced to lavender as a potpourri and sachet herb. Though certainly these are two of its many uses, lavender is far more than just a lovely aromatic flower. A potent healing plant, it is a crone among herbs – wise, ancient and powerful.”

Although a great deal has come to light recently about the virtues of Saint John’swort in treating depression, there is little in nature that acts more surely and immediately than Lavender.

I was sitting on a bench in our garden one fine afternoon when my partner, Jane, brought her class out to make a flower essence. One of the students came over to me and inquired what I was doing.

I asked her what it looked like I was doing. “It looks like you have lavender flowers shoved into your nose.” she answered. “But why are you doing that?”

I suggested that she try it herself and see. As it turned out all of Jane’s students did that.

Later that day the student came to me with the flowers still in her nostrils and proclaimed that she had the best day of her life!

A member of the mint family native to northern Africa and the mountainous regions of the Mediterranean, Lavender is quite easy to grow in a pot or garden and is readily available at your local nursery. Ask them about the variety best suited for your area.

The most common form in cultivation is the common or English lavender Lavandula angustifolia (formerly named L. officinalis).

They flourish best in dry, well-drained, sandy or gravelly soils in full sun.

Although natural, essential oils are extremely powerful and need to be respected.

There is some evidence that long term regular use of concentrated lavender can cause hormone imbalance in males and can be toxic if taken internally in large doses.

Enjoy Lavender, but treat it with respect.