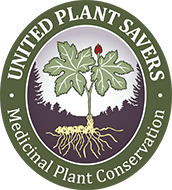 Where Have All the Flowers Gone

I received my certificate from Rosemary Gladstar’s Professional Training Program in 1984. At that time herbs were little known in the United States. But as the herbal renaissance gained momentum in the nineties, medicinal plants became more popular and thus more at risk.

To address this issue Rosemary founded United Plant Savers (UpS) in 1994. Their mission is to protect native medicinal plants of the United States and Canada and their native habitat while ensuring an abundant renewable supply of medicinal plants for generations to come.

In 2014 I attended a conference they hosted in San Diego. Among the topics discussed was the preservation of endangered and at risk plants in America and around the globe.

With a rising awareness of the advantages of medicinal herbs over many pharmaceuticals (herbs are generally more efficacious, have less side effects and are way less expensive), herb use was steadily rising in the world, especially in America.

Some pharmacies now have whole isles dedicated to herbal remedies.

The internet is resplendent with junk-email promising herbal alternatives to Viagra, remedies to prevent hangovers, help with weight loss, relieve PMS, you name it.

The herbal renaissance is definitely gaining momentum. And, as much of a delight as this is to those who have championed it, we are now faced with a growing concern about the continued availability of these medicinal plants, especially in the wild. Over-harvesting and loss of habitat due to development is putting the squeeze on our herbal allies.

The list of extinct, endangered and at risk plants grows daily. And compounding this problem are local attitudes about “preserving” the integrity of native plant populations.

Many of the plants growing around us in San Diego are not native, but were brought here by migrating populations of people from around the world.

These pilgrims protected and watered their favorite plants on arduous voyages across the mighty Atlantic Ocean on little wooden ships. Many braved the elements to traverse the continent in little wooden wagons, again nurturing the plants they wished to have with them in the New World.

And, having found themselves here, the plants flourished in our temperate climate and were welcomed and utilized by the local natives who, themselves, had no concept nor vocabulary to discern between “native” and “alien.”

But now there are those who have decided that these plants are a threat to our native plant population and would have them eradicated… in the name of preservation. Of course, these people are for the most part themselves aliens.

Following their logic, all people would leave the area and, in fact, the Earth, since we all just got here, relatively speaking.

The eradication of native plants

But we’ll probably stay and continue to impose our own will, threatening the pilgrim plant populations, wonderful plants such as yellow dock, milk thistle and fennel that find themselves on a list of plants to be eradicated in public lands.

So, at a time when we are trying to protect plants in the wild, we are also engaged in destructive policies that limit genetic diversity and the availability of many beneficial plants around us. I’m not suggesting that there’s a simple solution to this problem. But it is a situation we need to address and resolve if we are to be conscious stewards of the natural world we live in.