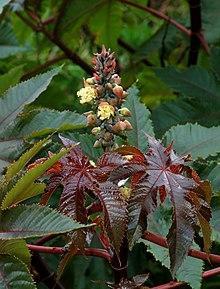 Jim, the first student on whom I demonstrated a castor pack, had been a raging alcoholic and had fairly serious cirrhosis of the liver, a slowly progressing disease in which healthy liver tissue is replaced with scar tissue.

I instructed the students to palpate their own livers by gently probing under the right rib cage with their fingers.

What you should feel is soft tissue.

Jim allowed us all to feel his liver, which was anything but soft. It was hard and rough.

I saturated a piece of cotton flannel cloth with warm castor oil and placed it over his liver, covering that with a piece of plastic, a hot water bottle, and finally wrapped a dry towel around it all to thermally insulate it and keep it in place.

After just one hour, I removed the pack and cleaned the area with warm water with baking soda dissolved in it.

Castor oil is otherwise a bit hard to clean off well.

We were amazed that, upon palpating his liver again, his liver tissue had softened considerably after just one treatment! Castor oil packs are also useful for softening and reducing scar tissue, tumors and fibroids.

It was the 20th Century American prophet, Edgar Cayce, also known as the “sleeping prophet,” (1877-1945) who channeled many readings recommending the use of castor oil packs. 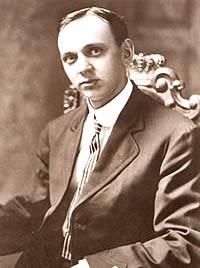 Cayce founded the Association for Research and Enlightenment (A.R.E.) in 1931.

He was also a strong supporter of holistic health and was one of the world’s leading psychic healers until his death in 1945.

A strong believer in the myriad benefits of castor oil, he recommended it as a therapeutic treatment to help cure all manner of illnesses and health problems.

He also believed the oil could help the body fight infections by giving the immune system a vital boost. 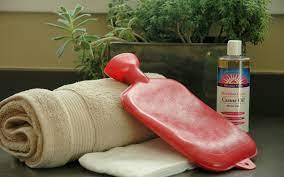 Wonder Oil, as Castor oil is known in the Netherlands, is considered to be one of nature’s miracle cures and has a long and colorful history of curative stories behind it.

Therapeutically it goes back to ancient times in India, China Persia, Egypt, Africa, Greece, Rome and 17th century Europe, as well as the Americas.

Greek travelers like Herodotus recorded that the Egyptians also used it as an ointment. Cleopatra reportedly used it for brightening the whites of her eyes.

In ancient Egypt, castor oil was burned as fuel in lamps, used as a natural remedy to treat eye irritations and given to pregnant women to stimulate labor.

Today, castor oil remains a popular natural treatment for common conditions such as constipation and skin ailments and is commonly used in natural beauty products.

Castor Oil is a vegetable oil expressed from the seeds of the castor plant, Ricinus communis, a perennial flowering plant in the spurge family, Euphorbiaceae indigenous to the southeastern Mediterranean Basin, Eastern Africa, and India.

It is also widespread throughout tropical regions and widely grown elsewhere as an ornamental plant.

The common name “castor oil”, from which the plant gets its name, probably comes from its use as a replacement for castoreum, a perfume base made from the dried perineal glands of the beaver (the genus of beaver is castor in Latin).

Only known to conventional medicine as a strong laxative, it is a safe, gentle, easy-to-use remedy for virtually any illness-when it is used externally

The seeds of the castor plant contain a poisonous lectin (a carbohydrate-binding protein) called ricin.

In the past, letters containing ricin were sent to the White House and to local law enforcement agencies in Texas. Fortunately they were intercepted. 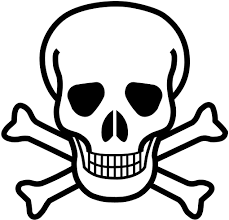 The heating process that castor oil undergoes deactivates the poison, allowing the oil to be used safely as an additive in foods, medications and skin care products.

Perhaps one of the best-known medicinal uses for castor oil is as a natural laxative.

It’s classified as a stimulant laxative, meaning that it increases the movement of the muscles that push material through the intestines, helping clear the bowels.

One study found that when elderly people took castor oil, they experienced decreased symptoms of constipation, including less straining during defecation.

Castor oil is rich in ricinoleic acid, a monounsaturated fatty acid that acts as  a humectant and can be used to moisturize the skin.

Humectants retain moisture by preventing water loss through the outer layer of the skin.

It is often used in cosmetics to promote hydration and often added to products such as lotions, makeup and cleansers.

Folks also use this rich oil on its own or mixed with other skin-friendly oils such as almond, olive and coconut oil to make an ultra-hydrating moisturizer.

Though applying castor oil to the skin is considered safe for most, it can cause an allergic reaction in some people.

Applying it to wounds creates a moist environment that promotes healing and prevents sores from drying out.

It stimulates tissue growth so that a barrier can be formed between the wound and the environment, decreasing the risk of infection.

It also reduces dryness and cornification, the buildup of dead skin cells that can delay wound healing.

Studies have found that ointments containing castor oil may be especially helpful in healing pressure ulcers, a type wound that develops from prolonged pressure on the skin.

The ricinoleic acid in castor oil has impressive anti-inflammatory properties.

Studies have shown that when castor oil is applied topically, it reduces inflammation and relieves pain.

The pain-reducing and anti-inflammatory qualities of castor oil may be particularly helpful to those with an inflammatory disease such as rheumatoid arthritis or psoriasis.

It soothes inflamed skin and relieves pain, while the antibacterial and anti-fungal properties of the oil help to kill off any pathogens.

This all helps speed up the healing process.

Castor oil has antifungal properties and may help fight off Candida, keeping the mouth healthy.

Candida albicans is a type of fungus that commonly causes dental issues such as plaque overgrowth, gum infections and root canal infections.

This is a common issue in elderly people who wear dentures.

One study found that brushing with and soaking dentures in a solution containing castor oil led to significant reductions in Candida in elderly people who wore dentures.

It is an excellent anti-oxidant and contains many compounds which help to fight off the effects of aging.

Many people use castor oil as a natural hair conditioner. 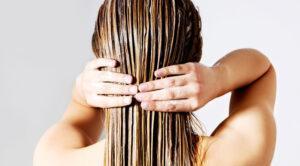 Dry or damaged hair can especially benefit from this moisturizer.

Applying fats such as castor oil to the hair on a regular basis helps lubricate the hair shaft, increasing flexibility and decreasing the chance of breakage.

Castor oil may benefit those who experience dandruff, a common scalp condition characterized by dry, flaky skin on the head.

Plus, applying castor oil to the scalp will help moisturize dry, irritated skin and may help reduce flaking.

Since castor oil has a soothing effect on the skin, it is a great choice as a massage oil.

It can dissolve cysts and warts with frequent use.

It is also effective for in the treatment of bladder and vaginal infections, and can be used to deal with fungal infections such as ringworm.

When used around the eyes, it can provide relief from the dust and other particles that entered the eyes.

It’s also effective for treating eye problems such as styes.

I extract healing herbs in castor oil to apply topically for a myriad of connective tissue injuries.

It is the base of Self-Heal Balm that, with DMSO, fixed and essential oils, relieves pain and promotes healing of soft tissue injuries. 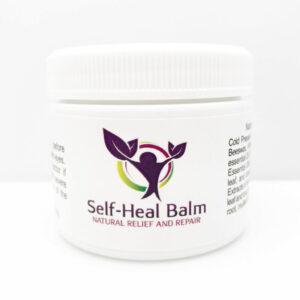 The Balm is also available with 250 mg of CBD isolate and with 700 mg full-spectrum CBD.