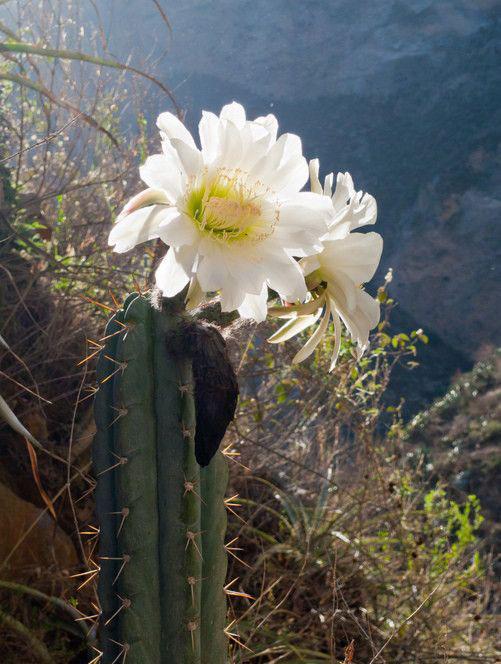 In the past, psychedelic plant shamanism was about substances publicly known world wide and were respected for their ability to bring forth the divine, Yahweh, God, The Great Spirit, etc., by the many cultures who used them.

The indigenous people of San Diego had a relationship with the Datura which they call  toloache.  It is also known as Jimsonweed which is a bastardization of Jamestown weed as the original settlers there got into this.

In the sixties, we “discovered” magic mushrooms, LSD, and marijuana.

Now we have developed vaporizers to minimize the risk of inhaling cannabinoids and other VOCs (volatile organic compounds).

Psychedelic plant shamanism involves a practitioner reaching altered states of consciousness in order to encounter and interact with the spirit world and channel these transcendental energies into this world.

A shaman is a person regarded as having access to, and influence in, the world of benevolent and malevolent spirits, who typically enters into a trance state during a ritual, and practices divination and healing, sometimes including psychic surgery.

In Pre-Columbian times the Aztecs used mugwort as a ritual incense in psychedelic plant shamanism. The plant was sacred to the Aztec goddess of salt, and salt makers, and the plant was used widely in her festivals.

In Europe, in the Middle Ages, mugwort was used as a protective herb, and was placed in gardens to repel insects. It was also used to prevent fatigue and ward off evil spirits and wild animals.

In shamanism, it has long been used to induce lucid dreaming, giving the sleeper greater control over their dreams and aiding recollection upon awakening.

It remains an important herb for those who believe these dreams to be astral projections.

Thujones are alcohol soluble but not in water and produce a similar effect to tetrahydrocannabinol (THC – the active substance in Cannabis) although the effect is generally considered to be less pronounced.

Mugwort is rarely used on its own as a legal weed but is usually blended with other herbs such as Lion’s tail.

Because of its mildly psychoactive action mugwort was also an important herb in the practice of medieval witchcraft.

There is a warning regarding pregnancy as mugwort has been known to cause miscarriage through violent contractions of the uterus; prolapsus and rupture of the uterus.

Check out my article on Mugwort.

The Chumash people of California used datura as part of the vision quest of adolescence. Anthropologists believe they got this plant from the Aztecs.

After the participants fasted, purged themselves, and cleansed themselves with steam baths or dips in icy water, they drank a tea of the root to open themselves to an animal spirit who taught the seeker a song or dance and who would guide the individual during the rest of life.

The plant was usually used in a group for this purpose, and at first only young men engaged in this rite, but later both men and women drank datura tea on their own, often to strengthen their bond with their spirit helper, communicate with the dead, or divine the future.

All Daturas are considered poisonous due to the tropane alkaloids it contains, these being atropine, hyoscine (scopolamine), and hyoscyamine.

Toloacheros or datura-givers often prepared and measured the amount of plant used, since the difference between a spiritually useful and a deadly dose is small.

Sometimes imbibers died, and datura was usually used only once in life on account of its danger, but in some parts of California, people drank datura tea in rituals every spring.

My experience with Datura

We were discussing entheogens (finding God within) including Datura in class. It was decided that we would experience it on a camp out field trip so that we could imbibe the tea in a natural setting without the need to drive until the following day.

On our herb Identification walk, after some ritual we dug the root of the plant.

Back at the camp site we prepared and drank the tea.

I explained the importance of the practice of doubling when ingesting a novel substance (one we had not had previous experience with).

This involves taking a very small amount to begin with and wait at least an hour to evaluate the experience.

I began with one teaspoonful of the tea and waited an hour. Not experiencing much I took two and waited again.

Following this procedure, I ended up taking 4 ounces in a period of 4 hours. I could have done more but decided more could wait for another time, understanding that it had taken the life of those less cautious.

I had a very interesting experience with it, achieving an altered state of consciousness for about eight hours but I will probably not journey with it in the future.

At the campfire that night I choked a bit on the popcorn we had made. Datura dries up saliva giving one extreme “cotton mouth”.

A friend did more than he should have and would have died had his girlfriend not stayed up all night spraying the back of his throat with water to prevent him from choaking to death.

He was unable to drive for several days as he was seeing spots and had double vision.

Mescaline belongs to a family of compounds known as phenethylamines, making it quite distinct from the other major psychedelics which belong to the indole family. LSD, psilocybin, harmaline, and DMT are all indoles.

Many synthetic “designer” psychedelics, such as ecstasy (MDMA) and 2C-B, are phenethylamines, and are related to the chemistry of mescaline.

In addition to containing mescaline, the cacti mentioned above contain a large variety of related psychoactive compounds, and will produce experiences that are qualitatively different than pure mescaline. The experience produced by Peyote is also quite distinct from that produced by cacti from the trichocereus family.

Many members of the trichocereus family are psychoactive and are basically equal in potency.

Many references indicate that one variety, Trichocereus peruvianus, also known as Peruvian Torch, pictured above, is several times as potent by weight as the other trichocereus species.

Peyote and San Pedro are New World psychedelics. In ancient times their use was concentrated in the regions to which they are native. Peyote was used throughout Mexico to as far north as Texas, San Pedro in the Andes mountain region of South America.

In South America shamans continue to hold traditional San Pedro ceremonies which are associated with healing, imparting or counteracting witchcraft, and putting one in touch with supernatural and divinatory powers. A claim frequently heard about the San Pedro experience is that the user embarks on a flight of a telepathic nature being transported across time and space.

A user who embarks on this “astral journey” may perceive events happening in distant parts of the world, or in metaphysical realms.

This flight phenomenon may result from solanaceous plants (nightshades) that contain Belladonna alkaloids which are frequently included in the San Pedro brew.

The earliest known depiction of San Pedro cactus is on a stone tablet found in Peru dating to 1300 B.C. Ritual objects containing images of Peyote have been found dating back to 500 B.C. The introduction of Peyote into the U.S. and Canada, and its use by North American Indian tribes, occurred much more recently, beginning sometime in the late 1800s.

As with mushrooms, the Roman Catholic church tried to abolish the use of Peyote and San Pedro. However, they were only partially successful. Peyote use spread from Mexico to North America, and the Native American Church was formed in 1918 to preserve Native Americans’ right to use Peyote. And with San Pedro, the ceremony practiced by many South American shamans continued while incorporating several Christian symbols into the rituals.

In 1953 the popular novelist Aldous Huxley read about mescaline. Soon thereafter Huxley tried mescaline, and brought it to the attention of the public by writing The Doors of Perception. Jim Morrison later named his band, The Doors, after that book and presumably some experience with the substance.

To learn more about this subject, check out my pre-recorded mini-series. I will also be offering this live after the New Year.

Psychedelic Shamanism, Updated Edition: The Cultivation, Preparation, and Shamanic Use of Psychotropic Plants