How Sweet it is!

How Sweet it is! 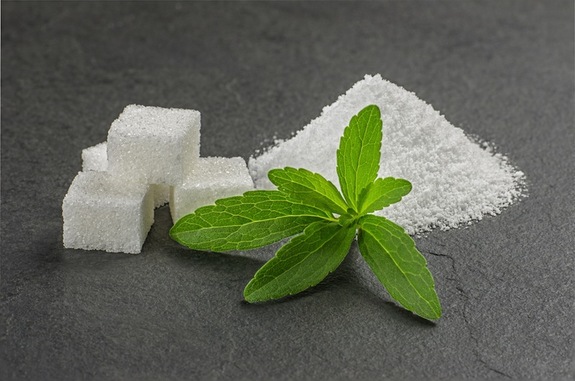 How Sweet It Is!

What allows me to sleep well at night is the knowledge that while I sleep, agencies of our government are vigilantly protecting me from harm. The FDA in particular has been working late to keep a potentially dangerous herb from creeping into our food supply. This perennial shrub, Stevia rebaudiana, is from the aster family. It contains two compounds, stevioside and rebaudioside, that have been linked to infertility in rats and mice.

Of course, the problem with these studies, like those cited to keep comfrey off the market in much of the world, is that they involve ridiculously high concentrations of isolated principles injected into or forced down these lab animals. We would be about as well served if the government placed signs above drinking fountains warning that consumption in excess of 5 gallons a day might pose a threat to our health. So are these public servants just stupid, or are they protecting something besides our health? 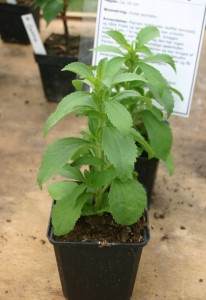 Although it has been used for centuries in its native Paraguay, where it is known as kaá hè-é (honey leaf or sweet leaf), it was first described by Moisés S. Bertoni, an Italian botanist, in 1899. In one published observation in 1905, Bertoni states: “The fact is that the sweetening power of kaá hè-é is so superior to sugar that there is no need to wait for the results of analyses and cultures to affirm its economic advantage.”

Naturalized to grow in cooler climates

Being indigenous to the tropics, stevia was unable to survive temperatures below fifty degrees Fahrenheit. Two of our students had a green house in North County San Diego and grew many stevia plants inside. They put them outside after the last frost in Spring. As the weather grew colder in the fall, most of the plants died, but not all. They took cuttings from these plants and propagated them. You can now buy naturalized stevia plants at nurseries and grow your own! 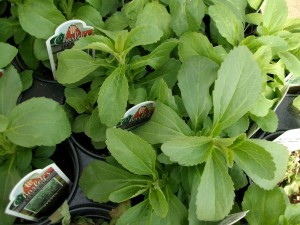 Stevia is still banned as a food additive or sweetener in the US, Europe and many other countries

Under the current law, stevia may be marketed as a food supplement. It poses no threat as such. But if you try to market it as a sweetener, it is regarded as an “unsafe food additive.” So it isn’t the substance that’s got the FDA up in arms, it’s the words on the labels! More specifically, it seems a threat to patented chemical sweeteners. There is strong evidence that initial complaints against stevia’s use as a sweetener in herb tea blends came from certain players in the $700 million US artificial-sweetener industry.

What are they afraid of from this herb?

It grows naturally. It is hundreds of times sweeter than sugar. It contains about as many calories as water. It not only may be considered a safe sweetener for those with blood sugar regulation problems, but is actually therapeutic. Research has shown that a whole leaf concentrate has a regulating effect on the pancreas and helps stabilize blood sugar levels. Stevia is therefore useful to people with diabetes, hypoglycemia, and Candidiasis.

It has been studied extensively, especially in Japan, where it has been found without health risk and has, since the 70′s, been incorporated in numerous foods including candies, ice cream, pickles and soft drinks (including some manufactured by Coca-Cola). In 1988, in fact, refined stevia extract commanded a 41% share of Japan’s high-intensity sweetener market.

A double-blind, placebo-controlled study demonstrated that oral stevioside, one of the sweet glycosides in stevia, taken at doses of 250 mg, three times a day for one year resulted in significant, lasting decreases in both systolic and diastolic blood pressure in patients with mild to moderate hypertension. A longer, subsequent study by the same research team that lasted two years and with an increased dose of stevioside (1,500 mg) replicated the decreases in blood pressure found in the initial study. 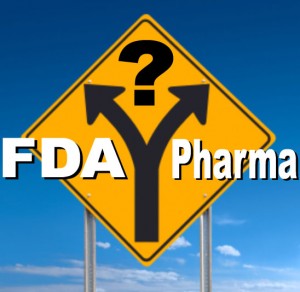 The best government money can buy!

Based on overwhelming support from research and widespread use in human populations, Lipton and several herbal tea manufactures in the US have petitioned the FDA to consider stevia as a sweetener in the US. But the FDA won’t budge and has been accused of imposing “a restraint of trade to benefit the artificial-sweetener industry.”

One reply from the FDA probably best sums up their position, “if we wanted to make carrots against the law, we could do it.” Yes, it is comforting to know that such a powerful agency is looking out for us. Heck, the government is even mandating fluoride in the water to further protect us. Never mind that the Environmental Protection Agency scientists endorse the initiative prohibiting fluoridation. Sleep well, Big Brother is watching.